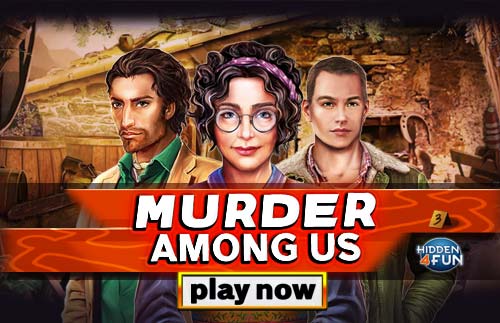 Many people imagine living in a small town or a village because the life in those places is always described as quiet and peaceful. Usually, the people that live in smaller places know each other and are tough to share things, making a nice community. Unfortunately, bad things happen even in the small places, and that is the case in the following game too.
Donald, Charles and Betty live in the small village named Wolfpine. One week ago, there was a murder in the village. The police still haven’t solve the case so everyone in the village is concerned and scared because the murder is still somewhere around. Donald, Charles and Betty are also very worried about the whole situation and they believe that someone from their village is the actual murderer.
That’s why they have decided to stop waiting for the police and to start their own investigation. That way they could help the police solve the case faster and everyone in the village could go back to the previous life, without feeling threatened.