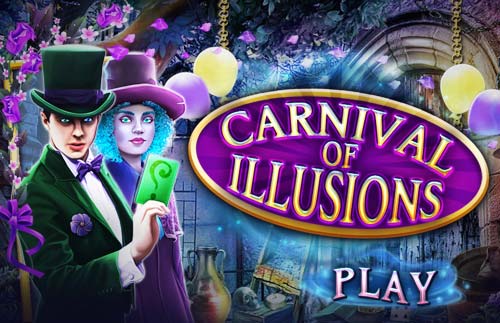 Except the fact that the circus performers make hard and dangerous acts that ask for a lot of practice, it seems that the circus is a safe place to be and work. However, the magician Alexander and his assistant Ruth, together with the other people that work in the circus Arcana, are scared by the events that happened lately in the circus.
Namely, some scary ghosts appeared in the circus, making illusions that provoke fear in the circus performers. They feel like their lives are threatened by those sights and that’s why they feel so frightened.
The circus performers will continue their work, only if this problem is solved so let’s see what is going on here and try to solve the whole mystery around the appearing of these illusions. Since the magician Alexander also works with illusions, maybe he, together with his assistant Ruth, will have the main role in this situation. The circus is not a place for ghosts, so let’s work together and get rid of them as soon as possible, so we could bring the audience back into the circus.