Between Bad and Good 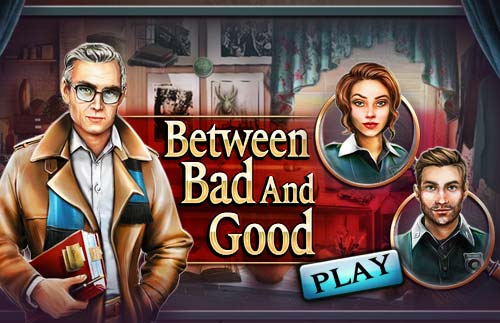 Detective Daniel, together with the two police officers Amanda and Brian, come in the house of the ex-policeman Edward. Few years ago, Edward has left his job as a police officer and directed his interests to something completely different – painting. Supposedly, painting has become his new passion so he wanted to dedicate to this call completely.
However, detective Daniel doesn’t like to believe in this story that sounds very naïve to him. He believes that the former police officer Edward uses his knowledge and talent in painting for other purposes, not just for creating new works of art. Daniel thinks that Edward actually makes counterfeits of works of art, sells them and gets huge amount of money.
And painting is legal while making counterfeits of works of art is definitely not! That’s why detective Daniel, together with his team, like to find some evidences that will prove his suspicions. Let’s see if we can take part in this investigation and find the truth about officer’s Edward new dedications.