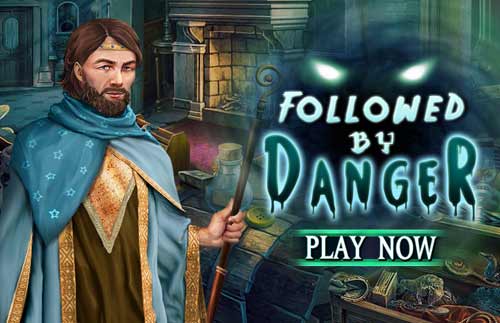 None of us would like to be in wizard Waldor's shoes! Namely, the great wizard is followed by dark forces that like to destroy him. They plan to destroy him by taking all of his power out of him. He will become completely powerless, so they could rule over him.
But on the other hand, the great wizard is not naïve at all. He is a smart and experienced wizard and he will find out a solution for this situation and beat the dark forces once for all. Initially, he needs to find shelter, so he goes into one of the castles that belong to king Gordon. Wizard Waldor has a serious task in front of him since he needs to find few necessary objects that will help him deal with the dark forces. That way, he won't let the dark forces beat him, but also he will stop them from ruling all over the world.
This sounds like a very serious mission, so let's help wizard Waldor become a winner in this unusual battle. Let's search for those hidden objects together and see what will happen further with the wizard and the dark forces.