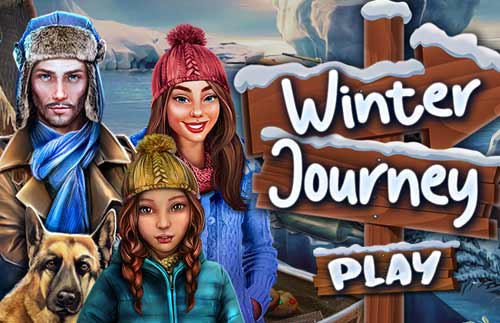 There are numerous options where to travel in winter, but Gerald and Frances have decided to go on a journey that differs from the most regular adventures that include having fun in the snow. Namely, the two of them, together with their daughter Gloria, are starting one extraordinary adventure.
They are looking for the treasure that belonged to Gloria's grand-grandfather - Gerald's grandfather, that is supposedly hidden near his winter cottage. Gerald knew about this treasure, but he doesn't know where is it for sure because he was very young when he found out about this story. Namely, Gerald's grandfather was one of the first gold-seekers in the country. He had earned a lot of money from the gold he sold and he had hidden that money somewhere around his winter cottage.
Gerald, Frances, and their daughter Gloria are here, near the cottage, prepared to spend some time there and look for the treasure. They hope that they will find the grandfather's money, but even if they don't, this will be an amazing adventure for the three of them. Let's help them.