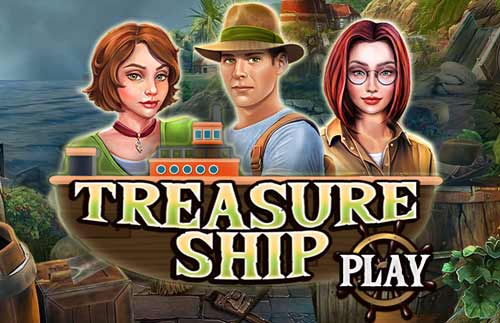 So, we all live in a certain neighborhood, and we know about more of the landmarks that surround us, right? Well, that's what the three friends - Mary, James, and Patricia, thought but they found out that there was something very interesting they didn't know about. Namely, there is one island located very near to the place where they live. One day, the three friends found out that there is a sunk boat on that island, a boat that was carrying a big treasure.
The boat sunk almost one century ago and as the story says, the sailors had somehow managed to save the treasure that was on the boat and bring the boat to the island. However, since then, no one has heard about the treasure.
The three friends decided that it will be worth giving a try and see what is actually hidden in that boat. They will go to visit the island and explore the whole place. Maybe they will really find the treasure unless someone has picked it up before.Let's help Mary, James, and Patricia search the sunken boat and find out what is hidden there