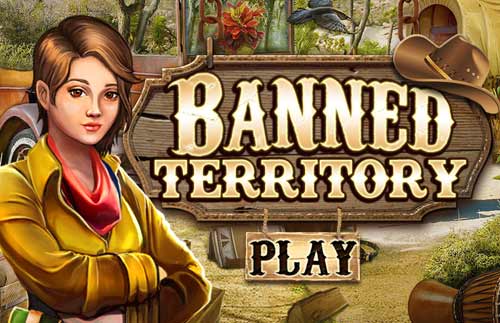 Amy is the daughter of the local sheriff. It is about the sheriff of the south part of Texas. One day, Amy finds out that east of the place where they live, there is a banned territory. It is a territory that no one can visit since it is forbidden for everyone. The reasons for that are unknown, and even the Sherriff doesn't say anything about it.
A few years ago, someone robbed Amy's house. Her father, the sheriff, couldn't find out who is responsible for that robbery and where are the stolen items. However, Amy believes that the stolen valuable objects are exactly in this banned territory. There is no evidence about that, but Amy feels that she is about to find them if she steps into that territory.
You may guess that this banned territory is some dangerous place, but the young girl has decided that she will go there, no matter what. Let's help her by keeping her back safe, while she is on this dangerous journey. Let's explore the whole territory together and see what we will discover there.